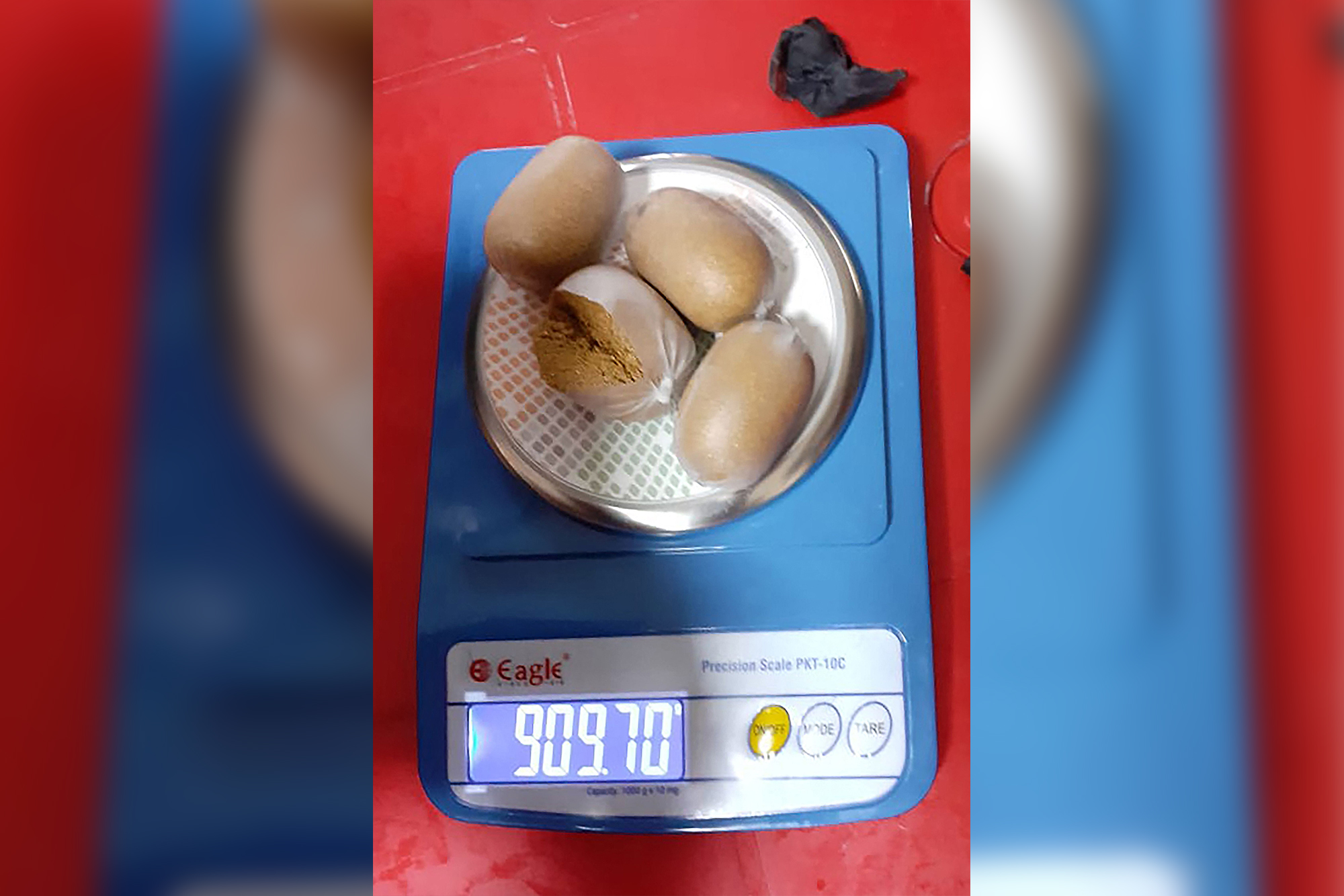 He was sitting on a goldmine.

A man was busted smuggling nearly two pounds of gold paste in his rectum at an airport in India — one of at least three cases of people stuffing the precious metal up their rumps in the region in the past year, according to reports.

Mohammad Sharif was at the Imphal Airport in Manipur headed to New Delhi Monday when an officer noticed his “suspicious movements” and began questioning him, the Central Industrial Security Force said in a press release.

The officer took him to a medical exam room for an X-ray and allegedly found the treasure — valued at $56,000 — buried in his colon according to the agency, which released the jaw-dropping X-ray.

Sharif, of Kozhikode, allegedly confessed to carrying four gold pouches but said the glittering goods didn’t belong to him, an officer told the UK Independent.

The case is apparently part of a trend — it comes after a passenger seen walking oddly was caught at the Kannur Airport in Kerala, India with two pounds of gold bullion up his butt in October.

He had allegedly hidden the nuggets, worth roughly $60,000, in an attempt to avoid paying taxes on them, authorities said at the time.

In March, a traveler known only as Rayees was also arrested at the Kannur Airport for allegedly smuggling 1.2 pounds of gold paste in his rectum, according to the local outlet daijiworld.com

In recent months, the region has become a major route for smuggling gold into India — and criminals are boning up on anatomy to get creative, experts have said.

A couple from Sharjah was also recently busted at the same airport with a total of 6.5 pounds of gold paste hidden in an unspecified body part, authorities said.

And in August, officials at the airport found $18,800 worth of gold paste a passenger had painted onto the inside of trousers to evade authorities, according to the Hindustan Times.